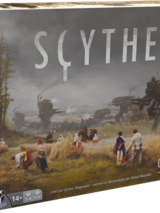 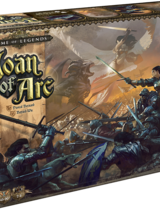 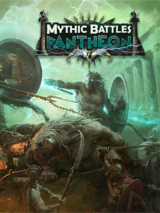 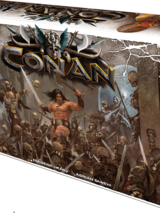 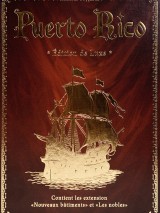 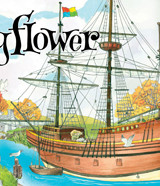 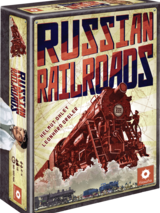 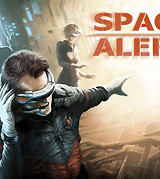 Q. The Siege rules on page 7 read: "All three areas (Outside, Fortification/Rubble, Inside) have a capacity of 4." However on page 6 it states that Ramparts and the Gatehouse have capacity 3. How does this work?
A. While the fortifications (Ramparts, Gatehouse) are still standing they have the capacity listed on their description (Ramparts 3, Gatehouse 3). By default the castle wall tiles have Inside (4 size), Outside (4 size) and the Fortification/Ruins area (4 size).

Once a fortification is destroyed the wall section or Gatehouse is removed and a Ruins miniature is put in it's place. This now opens up the previously covered "Rubble" area on the tile below which is size 4, however the Ruins miniature takes up one of those 4 spaces."

Q. Is there a difference between Ruins and Rubble?
A. Yes there is. Ruins are a terrain element which takes up 1 space in an area. Rubble is the name of the area located under the Siege elements placed in the scenario (as shown on the diagram on the lower left of page 7 in the Siege book).

Q. If a war machine receives a Disrupt for its final Hit Point, does it go to the Infirmary and potentially Rally like a normal unit?
A. No it doesn't, it gets destroyed instead.

Q. Can war machines be healed like characters?
A. No they cannot.

Q. If there is no War Machine for a Unit with the Crew skill to Rally to, where do they Rally to?
A. They go to the waiting area of the infirmary instead of being rallied until a spot on a War Machine for them to rally to is made available. They never deploy as a unit would normally.

Q. Can a war machine be pushed more than once as a result of attacks an abilities?
A. Yes, a war machine is only limited to voluntary movement, not involuntary.

Q. Is being disrupted/rallied the only way for crew units to leave/join a war machine?
A. Yes

Q. When activating an area with a War Machine and crew, can the artillerymen attack with their yellow die in addition to the trebuchet? And do I get 2 dice when I still have both?
A. No, the Artillerymen cannot attack together with their war machine.

Q. Are sappers (Sapeur in FR) also considered as a crew (Servant in FR) in siege expansion, so can they operate a war machine?
A. Sappers do not have the Crew skill, nor are they Artillerymen, so they cannot operate war machines.

Q. How many crew are needed to allow a War Machine to operate?
A. As long as 1 crew is present on a war machine, it can be activated.

Q. Can units with the Crew skill from other War Machines be rallied to a WaR Machine that they did not begin the game with?
A. Absolutely, though they cannot be rallied onto another player's war machine.


I will continue to refine this list and answer questions on these topics here before we combine them into a PDF.